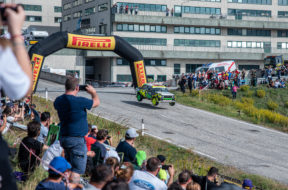 Paolo Diana, the Italian Ken Block “My dream is to make a video with him”

17 October 2019
redazione
0
+2
0
329
Paolo Diana is the italian answer to Ken Block. Al Rallylegend signed more autographs than Americans drivers. People go crazy for Diana, all over the world. One of his videos has over 550 thousand views on YouTube, many others are above 100 thousand. At the Legend we witnessed scenes of genuine delirium for him. We […]
Read more 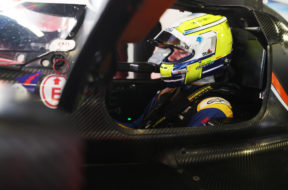 17 September 2019
redazione
0
0
0
9
Team LNT Ginetta will arrive at Fuji Speedway for Round 2 of the 2019/20 FIA World Endurance Championship with a new name aboard their #5 Ginetta G60-LT-P1 AER as the team look to defend their current second place in the FIA WEC Teams Championship. Current FIA F2 Championship title contender Luca Ghiotto from Italy arrives […]
Read more 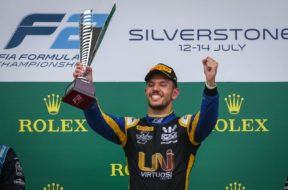 13 July 2019
redazione
0
0
0
20
Chinese driver Zhou had taken his first F2 pole position one day before, but his UNI-Virtuosi team-mate Ghiotto made an incredible start from the inside of the track to take the lead. Ghiotto was the second of the team’s drivers to pit and came out just ahead of a rival competitor. He was overtaken, but […]
Read more 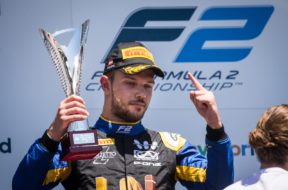 1 July 2019
redazione
0
0
0
22
Italian driver Luca Ghiotto scored second place for the second race in a row in Austria in what was another strong weekend for the UNI-Virtuosi Racing squad. Ghiotto started seventh on the grid for Sunday’s race, with the order of the grid decided by reversing the top eight positions on the grid from Saturday’s race. […]
Read more 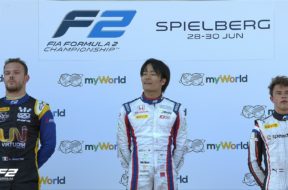 1 July 2019
redazione
0
0
0
20
Excelent 2th place at Red Bull Ring. Luca Ghiotto jumped into the fight for victory after the early-race pitstops, and when the leader’s tyres lost performance, he closed in on victory. He had to settle for second, but it was a strong result from fifth on the grid. It meant strong points for the championship […]
Read more