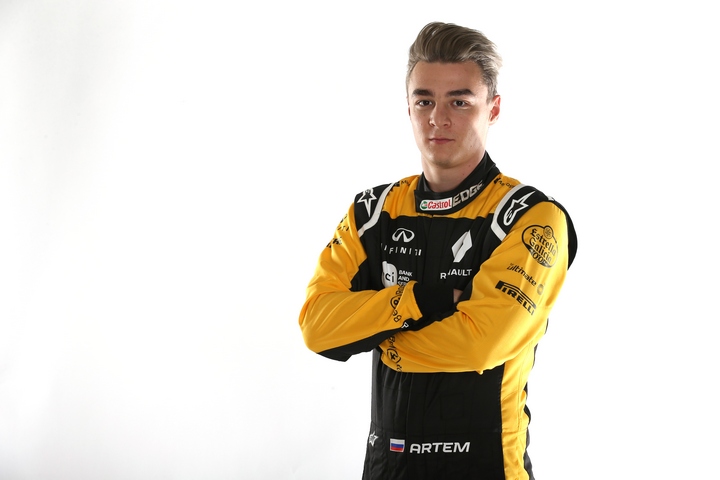 Many fans write, or say, that contacting a driver is very complicated nowadays: “once it was easier, with social media it is almost impossible, they never answer you …”.

There are many websites where you can buy gadgets, accessories, helmets and suits, but how many prefer to have an original addition used by the drivers themselves? I think everyone. This is the beautiful story of Andrea, an almost 18-year-old boy, Artem Markelov and MP Motorsport Team.

The Russian driver had returned to Monaco in Formula 2, which saw him as the protagonist from 2014 to 2018, with the Dutch MP team replacing Jordan King, engaged in Indianapolis 500. Artem boasts nine victories and the runner-up title in 2017 in his palmares. Of these nine victories, two obtained them in the Montecarlo Feature Race. Andrea, as a great fan, opts to write to him via social media to congratulate him on his return, but during the weekend the impossible happens: Artem responds to his message and begins to converse. A great feeling is immediately established each other, which is refined during Friday and Saturday.

At the end of the weekend Andrea decides to hear the Russian driver again, after the blurred podium in Race 2, the answer is not long in coming. Markelov is struck by the passion of this young boy and opts to give him a gift to rub his eyes.

Within a few days he managed to get the autographed racing gloves used by Artem himself in Monaco!

This is really a story with a happy ending, with Andrea’s astonishment that he would never have expected such a surprise. For the record … the young boy is myself.

“I sincerely thank Artem Markelov and MP Motorsport for what they have done, I look forward to seeing you around the paddock and meeting you in person. What you did for me is really special, thank you because I had never met wonderful people like you “.