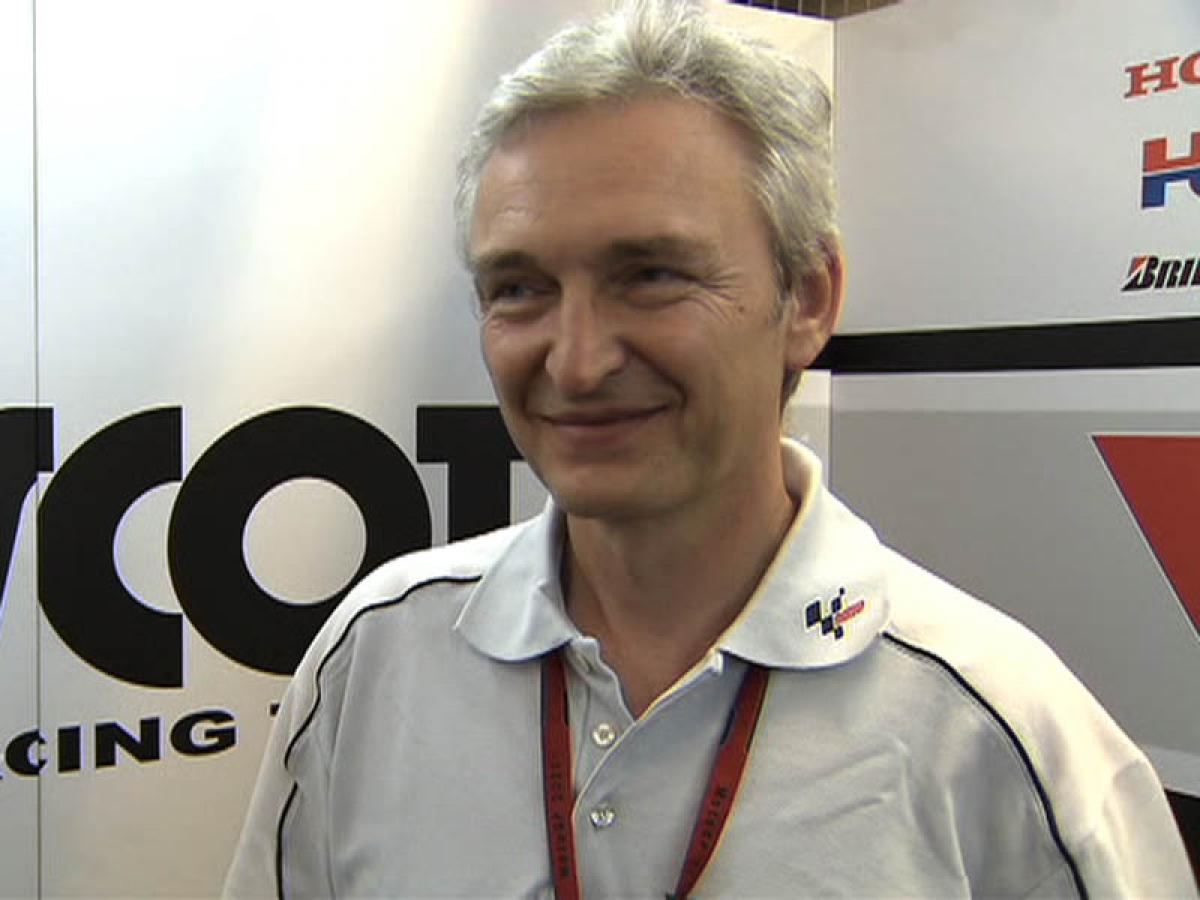 The following year, in fact, the Team closed.

Let’s take a step back. Scot Team was born on a summer evening in 1991 on the initiative of Cirano Mularoni, Giovanni Torri and Bruno Casanova. Cirano worked for various Formula 1 teams in the marketing and sponsoring sector, Torri was a motorcycle enthusiast and Casanova the pilot. The Force Team was founded with Mularoni acting as the administrator. Torri was the title sponsor as well as the financial guarantor. Casanova left after a few months to concentrate on the pilot activity.

The first few years have been extraordinary. Cirano Mularoni was perhaps the most esteemed Team Manager in the whole world. He was an excellent talent scout, a great expert in technique and mechanics, a skilled strategist, a genius of marketing and business. It was an authentic excellence, there are no other terms to define him.

Then? The World Title in 250cc series, and less than a year after the closure of the whole Team.

What is the truth about the end of the San Marino Scot Team? We have been asking this question for 10 years. We don’t want a scoop, just knowing the truth.

We met Cirano Mularoni and he told us everything.

Let’s start with the sports part. In the next article we’ll tell you the judicial part.

Cirano, first of all, how are you?

“Definitely better. I still have health problems but I recovered. Just when I was feeling really bad and I couldn’t go to the races, there had been those who took the opportunity to scuttle me. My main fault, probably, was naivety. I trusted others too much: collaborators but not only them “.

Let’s go back in time to the 250cc World Championship with Honda.

“When Dovizioso competed in 250cc, by contract with Honda, we could only work on fine-tuning the bike, without changing the parts. Along with Dovizioso, we had Takahashi, directly supported by the Japanese Company. The Honda 250cc was not a winner bike and was reallyunreliable.”

“In 2006, Honda declared the death of 2-stroke engines in every area. 2009 was the last year of the 250cc World Championship and Honda at that point allowed us to modify the mechanical parts of the bike. In the same season we also took part in the MotoGP World Championship with Takahashi, after Dovizioso moved to the HRC”.

Tt was a triumphal season for the Scot Team In 250cc that year.

“We used structures and qualified personnel in aerodynamics and aeronautics. We worked on the dissipation of heat, on aerodynamics and to reduce friction. Thanks to the quality of my technical staff, we had been protagonists of a season at very high levels, against extremely strong opponents, including Marco Simoncelli, who was going to make his way to the MotoGP, with Aoyama fully respected, but that bike was truly extraordinary, we won the World Championship and the Rookie of the Year title with De Rosa, but Honda, having declared the end of the two strokes engines since years, could not and should not win the championship. A private Team who was going to triumph with a three years old bike was out of question for the Japanese. It was clear, and it had emerged obviously and clearly, even from the particulartly modest celebrations at Honda for our victory. We had caused a huge stepback to the Honda Motor Co.

Problems that went on in MotoGP ?

“At the beginning of 2009, as already agreed, Dovizioso joined the HRC. We’d have had to raise a young Japanese rider in MotoGP, Takahashi. Honda would have paid MotoGP expenses. In December, when the games were already done, they told us that “We had to pay everything for Takahashi because there were economic problems. The costs were really high but we decided to go on anyway. After a few races Takahashi had a serious injury. We didn’t know how much time the recovery was taking, plus we needed money and replaced him with Talmacsi.” Tahahashi was a very good boy and I was very sorry to leave him without a bike. Talmacsi did not achieve the desired results and relations with Honda deteriorated further.I had replaced a Japanese driver and Honda did not accept this move, without considering that he had not respected the first agreements. At that point a disastrous situation had arisen”.

So, you won the wrong World Championship and left a Japanese driver at home…

“My Team was too uncomfortable. It had to be eliminated, or at least, it had to be put up against the wall. If I had a splendid relationship with Dorna – Honda and I was considered by everyone before, after the World Title won by Aoyama everything gone wrong. I became an enemy, meanwhile the relations between the leaders of World Motorcycle Championship and the State of San Marino were ever closer, due to the Grand Prix … “.

More … Keep following us to read the second part.