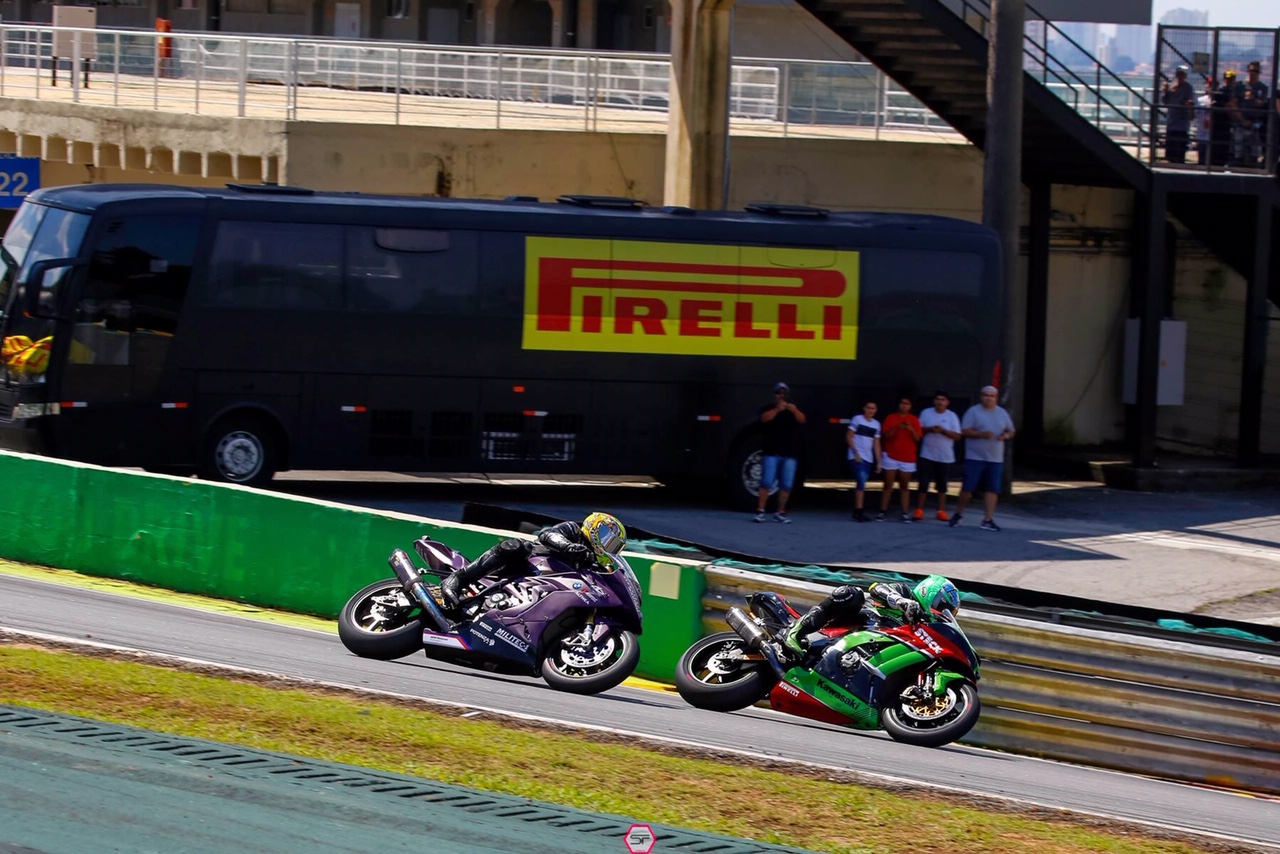 After winning the thrilling first round of the Brazilian Superbike Championship, Anthony West and his Kawasaki Racing Team- Brasil squad head into the second round leading the Championship.  Aboard the KRT Brasil ZX-10R, West—known locally as, “the Gringo”–  battled all race long with former MotoGP rider Alex Barros, the two swapping the lead multiple times per lap, and giving the Brazilian fans something to cheer about. Ant enters the race weekend full of confidence after his hard fought victory and the team have been working behind the scenes to extract more performance from the Ninja ZX-10R.

I wish we could have raced the following weekend after the last race.  I’ve been enjoying my time in Sao Paolo but there is nothing I enjoy more than strapping on my helmet and going racing.  I wasn’t sure what to expect before the first race, but now I have a better idea of how fast Barros and Granado are.  They have the advantage of a lot of laps around Interlagos but me and my team are working hard to make sure we are competitive from FP1.

previous Anthony West "I can’t keep my mouth shut anymore. Here is a story for those who don’t understand what lies behind FIM..."
next Anthony West "It costs a lot of money fighting the FIM. I don’t have any money left"