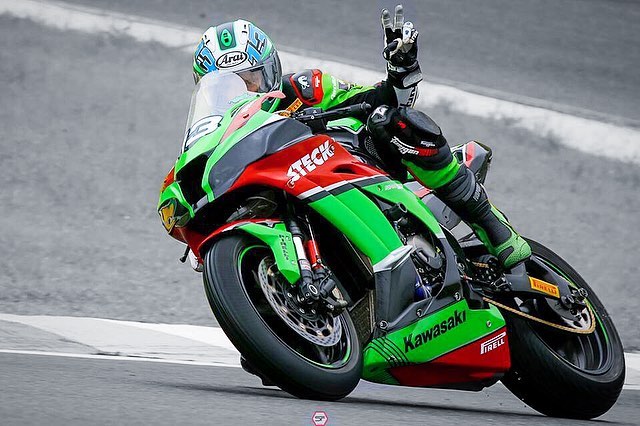 Anthony West has always been the emblem of a passion for racing. West’s history moved us deeply, he told us he was even close to suicide, so, he touched our hearts.

Starting from this weekend Anthony West will race in the Brazilian Superbike Championship and we will follow him, but beyond sympathy and emotion, what is the truth about the West case? There are so many dark spots in his story, both present and past, so many questions unanswered. Anthony once again confided in us.

This is his story, told as it is, by West, exclusively for E-Motors.

“I can’t keep my mouth shut anymore. Here is a story for those who don’t understand what kind of games are behind FIM, and what’s going on with my racing license.

I have to admit that the FIM has been like a fire in my life.  It started as a small flame they just feeded standing back all this, and let it burn bigger and bigger, watching all my life burn to the ground up.

Back in 2012 I was racing World Moto2 championship with the QMMF Racing Team, based in Qatar, where budget was coming from.

In May 2012 we were racing in France at Le Mans Circuit. On Sunday I had to leave the hotel early to be at the track, ready for the warmup session, before the race start. It was cold and it was raining like crazy. I missed breakfast and the only thing in the truck change room was a pre workout drink and some water, so I decided to get that and have lunch after the warmup session.  I drank about half of the drink and went out for the 20 minutes warmup session, where I ended up 15th in wet conditions.

I then had a meeting with the team to change the set-up for the race. I then went to the hospitality, to eat my chicken and pasta meal, as usual after every race meeting.  After about 3 hours I ran the race under the rain that day, ending up 7th after starting 28th on the grid.  After the race, for the first time in all my racing career I was chosen for a drug test.  I didn’t refuse the test knowing that 150ml of pre workout drink, and some chicken and pasta were not going to be a problem in the test, and so it was. Two weeks later FIM called me stating I had been found positive in the drug test.

I told them it would have been impossible, as the drink I took was not in the doping list according to the FIM doping rules.  The FIM said WADA changed the rules in 2012 and this drink was now in the ban list. Since 2011 this drink has been declared ok for sports use, and was even used by all Australian football Teams, many of them at that point had been found positive too.  I re-read the FIM rules and I was still right.  FIM had not updated their rules since 2009, so in my mind I was sure to be by the right side

At that point FIM came back to me saying not to worry, as I’d have got only a warning, adding that a so small amount of substance shouldn’t have had any effects on performance, and definitely not after assuming it 3 hours before the race.

That was it, I never heard anything from FIM again until 5 months later, at the end of October.  I was finally starting to get some results with the team and the new SpeedUp Moto2 bike.  I remember to have passed the new World Champion Marc Marquez ending the race in second place in Phillip island Australia that time. The FIM then decided to ban me the very next day after the race. I had a phone call from my Team Manger telling me that the FIM banned me for 2 months…

I was shocked and angry and I wanted to fight their decision. I immediately started to look for a lawyer. I got a phone call later, from QMMF Team President, and he explained to me that the real reason for my ban was a problem between the FMI and the President, covered to avoid the press to release news on the real reason. Doping was just an excuse…

With this match played between FIM and QMMF, more problems came out for me unfortunately as WADA World Anti-Doping Agency decided to increase the dose unaware of all the politics behind FIM decision to ban me only 2 months. They decided to ban me from the races for 2 years. […]

With the help of QMMF Team, I found a lawyer to fight WADA and the Federation. I kept racing for 2013 season while all this was going on.  The cause costed me 33,000 euros….

QMMF and I split the payment, knowing that my racing salary was at the time only € 20,000 a year, so it was a huge financial stress for me, a huge weight on my head, lowering my racing performances as a consequence.

The stress of all this started causing me problems also with my family and my girlfriend. It was wrecking me mentally so bad that my girlfriend left me after 6 years together, so with the help again from QMMT Team, I moved to Spain, in Madrid, where I rented an apartment, to find some peace of mind after all. I was left with no money at all…

A little over a year later FMI again decided to take all my points and results for the last 2 years…. At that point the whole cause destroyed everything I had been working for.  Just as I was coming back stronger and making podium places in Moto2 this new episode broke me off…  It broke my relationship with people and with my family.  It was hard getting out from all this.

I did end up making it back to the podium in 2014 when I started to get my life back again. 1st place in Moto2 class with the QMMF Team bike, helping at the same time QMMF win the Lemans 24h Superstock race class ending up in front of many other factory Superbike Teams.

Guess who was there waiting for me, both times right after the podium, to take me for a drug test ?  The FIM…. As expected they never found anything because I had been always clean.

We were running the first round of the ARRC Asia Road Racing Championship.  We were in Thailand racing on Saturday and on Sunday. As a rule in the asian bike championships the first 5-7 bikes after the races are always checked by the marshals for eventual tampering.

That time my Team was disassembling the bike down to check some parts. All of a sudden one FMI marshal came to my mechanics stating that my engine should have been completely taken out for more controls.

The Team asked why only our bike and not the other Teams, at the same time realizing that the only FIM marshal with the technical ability and licence to check the bike engines wasn’t present…

Because my Team refused to disassemble the engine the Federation disquilified me from that race event.  Knowing that’s was exactly what they wanted to happen I voiced my thoughts about this in social media. Some of you may remember this post as the comments from fans had been very angry and started leaving very bad impressions on FIM and the ARRC Championship reputation. So again, I had to public apologize to keep my race license.

A month later when we headed for the next race in Japan, the FIM showed up again with a new Head of Technical Inspections.  To our surprise before our bikes were even unloaded from the shipping containers, we were ordered to take my bike out and disasseble it to get the engine checked down by the new Official. Even if we knew well it was ouside of any rule to do this the day before the event, we let them play their games being sure they wouldn’t find anything in our engine…. maybe they thought I was winning races cheating….who knows…

After that episode all our team members and I were given a letter stating that if we were found releasing this informations to the public, we would have been disqualified again, and that I wouldn’t get back my race points even if my bike was found ok with the rules.

Then it comes 2018 season, and this time, we were sure nothing could have stopped us to try winning the Championship. Even if they tried bending the rules in their favor in any way , we fought them 100 % all the way, and  after wining both races in India we won that 2018 Championship…..

Unfortunately FIM found again a way to take that championship from me, and that’s what I’m fighting against the FIM now trying to have my racing license back.

I have just paid $14,700 AUD on top of all the other lawyers fees, to fight against this new case as they have taken my licence for the next 2 years… again… As soon as this fight will be over I’ll also release the story behind this last episode, but you can already guess what I’m up against.  And how for the third time they whacked me down.

I’ll be finally racing the Brazilian SBK Championship in 2019 as the FIM has no power to stop me racing here, even though they tried to do it, calling the SBK management and begging them to keep me out of the races. Lucky for me the Brazilian people want to see me racing there, so this time I will be ready to show the fans I’m still a good racer, and ready to fight.