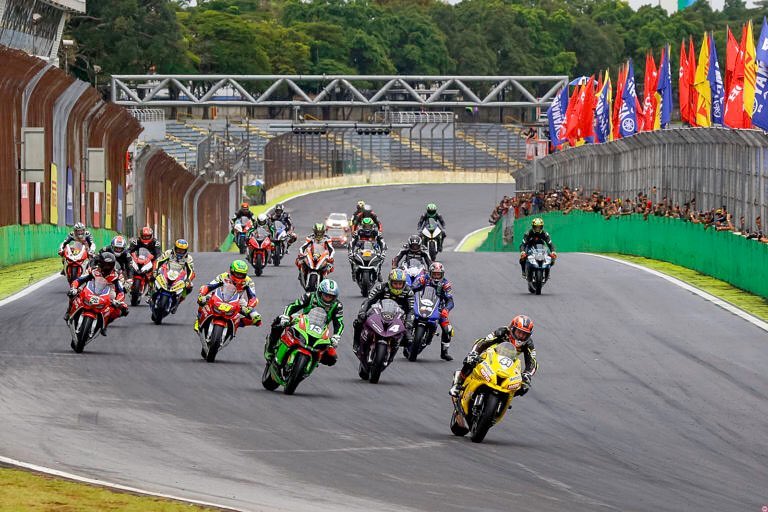 The engines has been switched off at Interlagos. All motorbike races suspended for at least 60 days.

This is the official statement of the Government of Sao Paulo:

“The Government of San Paolo informs that, due to the last and unfortunate incident occurred on the Interlagos circuit, on May 26th, which caused the death of the pilot Danilo Berto decided to suspend all events for 60 days. Only events with controlled speed and without competitive character will be allowed. The suspension will be maintained until the promoters and event organizers present new security guarantees, such as inspections of equipment and motorcycles, pilot certifications, safety measures and others. After the previous fatality, on April 14th, the track representatives had already asked the organizers – in addition to the previous safety obligations, provided for in the contract and in the standard of the International Motorcycle Federation (FIM) – a Certificate of Technical Responsibility (ART) signed by a responsible technician, evaluating the safety of the track for each event. It is worth mentioning that the Interlagos racetrack has received, over the last 10 years, about 18,000 competitors and participants in motorcycle events, in a total of 300 stages carried out in 761 days.”

This is the official press release of the championship organizers.

” The SuperBike Brazil Organization announces that the next phase of the 2019 season, initially scheduled for June 16, 2019 at the Autodrome de Interlagos – São Paulo, has been postponed. The postponement is due to the latest events. The Organization considers important in-depth reflection and analysis on what can be done to increase the safety of pilots in addition to the many actions that have been implemented in recent years. This analysis intends to involve everyone. The goal is to present a proactive agenda that includes all opportunities for improvement, whether inherent or not within the scope of the SuperBike Brazil organization. Soon the SuperBike Brazil Organization will release new press releases “.