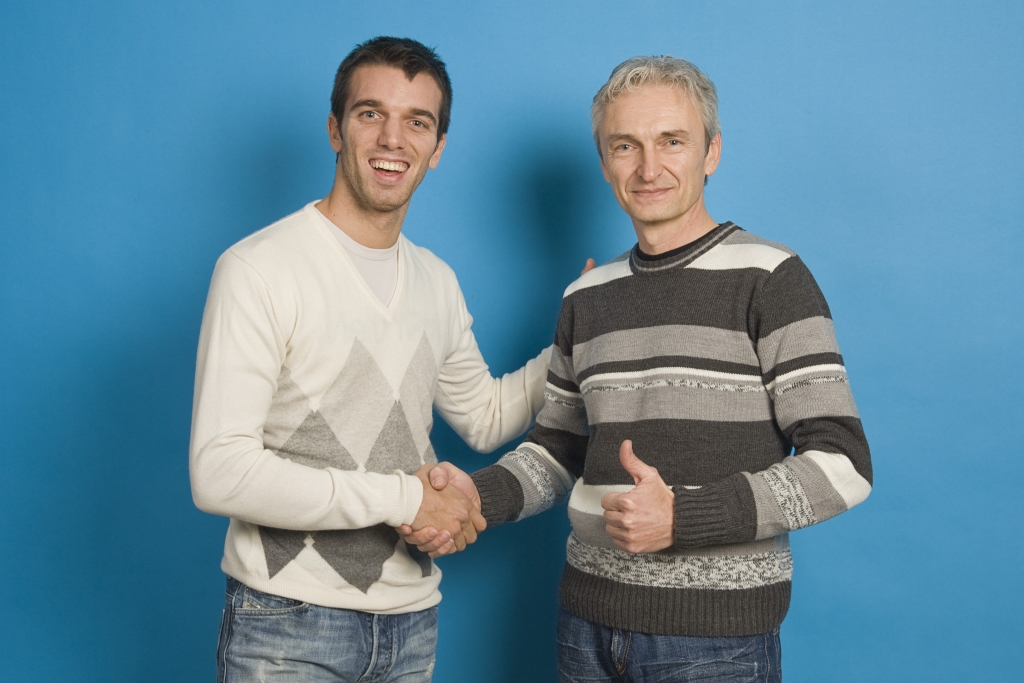 A drama inside the drama. During the 2009 World Championship season,Cirano Mularoni was increasingly weakened due to his wealth problems. At the end-of-season party for Aoyama’s World title he was visibly emaciated. He had frequent fainting and in 2010 he was diagnosed with bladder and kidney cancer.

The passion for racing, however, was immense and Cirano Mularoni went ahead, despite everything, to realize what had always been a “dream in the drawer”: to create his own motorcycle.

2010 saw the birth of the Moto2 World Championship and Mularoni formed the RSM Scot Team. Many will remember the presentation in great style, in white-blue colors, at the presence of the San Marino main authorities.

The project was of the highest level: the creation of a“Made in San Marino” motorcycle with which to participate in the World Championship and eventually replicate and then sell to other teams and for the National Championships. One of the pilots was Alex De Angelis. At the time, the Republic of San Marino supported the most innovative industrial projects, giving them the chance to access low-interest credits.

Cirano Mularoni, did the team get that funding?

“At the end of the 2009 season, the State fully supported the sports project for the 2010 World Championship season and the industrial one. They immediately took advantage of the name and image of the Team and the pilots for their promotions and started moving on to find partner-sponsors and to access the financing as the project fell perfectly into the decree. The financing, although belatedly, was deliberated. We would have given prestige to the Republic of San Marino and created jobs.

The problem was that no one single euro was seen for that loan. I made contact with all the banks in the area … but nothing. No bank was willing to grant it, not even those obliged to do so because they adhered to that decree. No Government Official, despite my insistence, had intervened from above to support me. In order to avoid being left out of the upcoming Championship, waiting for State funding and coverage from the sponsors, I had already more than exposed myself financially with the local Euro Commercial Bank “.

“I was aware of my health going bad and of the condition in which I had been left by the Republic of San Marino, so I thought it was time to retire from the scenes. I proposed the Euro Commercial Bank to immediately return via a bank guarantee as I had who guaranteed for me.

A big foreign investor has long insisted on taking over the entire structure of the Team, including the industrial project of creating a cutting-edge facility in San Marino. We had already signed a pre-contract. This entrepreneur had an extremely interesting project going on. It would have brought fresh capitals to the Republic of San Marino, create jobs even outside the sector, give prestige to the Republic, as well as allocate a three-year budget for the Team to cover all seasonal costs. I could therefore at the same time get back from banking exposure, give continuity to the Team and to the industrial project, and for me it would have been a proper personal recognition after 20 years of activity. Instead … I took all the documents, the contract and the documents of the entrepreneur and brought to the bank that incredibly refused to… get the money ! They did not intentionally want to have financial relations with the investor, considering him involved in shady dealings … Logically he felt himself offended and later refused to have anything to do with San Marino. The Republic of San Marino at that point, lost a huge opportunity and its credibility with other potential foreign investors. At this point, even belatedly, I then realized that the problem wasn’t him… it was me. Maybe I had to quit since there were some who had decided for that “.

Bailiffs then came in.

“The financial guarantor of the Team was Torri but every responsibility fell on me, perhaps because living in San Marino, it was easier for the bank to pursue me, I was within their reach. I was the owner and administrator of Force Srl, the actual Team, and owner of Tecniques, an individual industrial company specialized in sponsoring. Everything was put on sale, the house was auctioned, the cars were taken away, everything I owned went away, without distinction, personal and corporate assets. Questioning the Court and the Central Bank in order to explain my position failed, and I found only closed doors.

None of the San Marino lawyers I asked wanted to act against the banks and the Republic of San Marino, so I couldn’t block the procedure. The San Marino politicians assisted to all this without lifting a finger, they washed their hands completely. No support, no protection, yet they were the same people who congratulated themselves for bringing San Marino to the top of the World Motorcycling with my Team only times before… ”.

“I have dual Italian and San Marino citizenship but I moved my residence to Italy. I have nothing to lose now. I am ready to start a legal action against the Republic of San Marino for the financing approved and never paid, and against the banks. I am sorry to discredit the Country for which I think I have given so much, but I feel I have to do it, more for my children than for myself. They now live in Italy and at the moment and they don’t want to set foot in the Country where they were born ”.