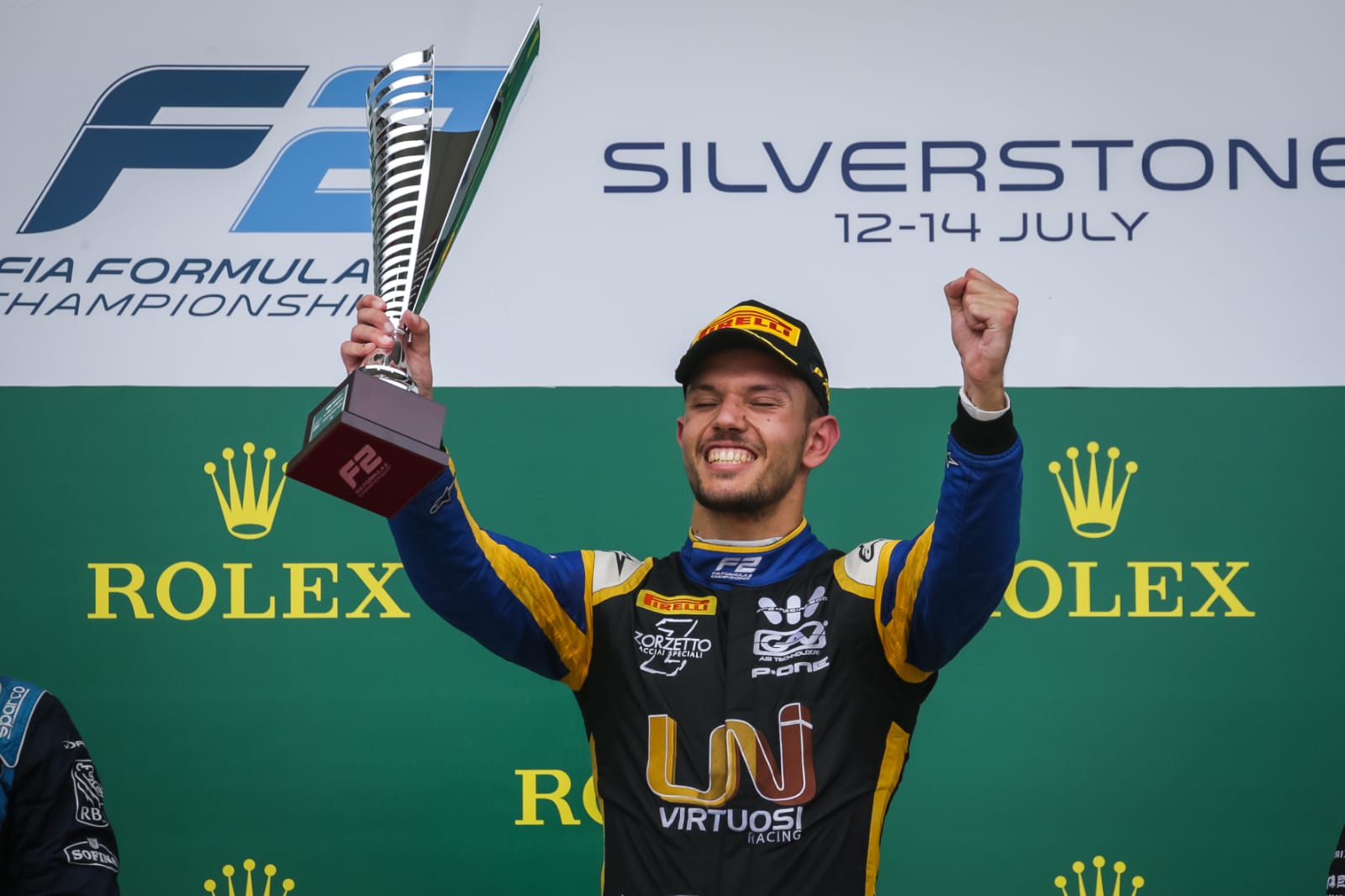 Chinese driver Zhou had taken his first F2 pole position one day before, but his UNI-Virtuosi team-mate Ghiotto made an incredible start from the inside of the track to take the lead.

Ghiotto was the second of the team’s drivers to pit and came out just ahead of a rival competitor. He was overtaken, but Ghiotto reflected the team’s ‘never give up’ attitude and retook the lead before half distance. He pulled away to take a brilliant win under heavy pressure to re-start his championship campaign. With that result he moves up to third in the points’ race. Zhou held second before the pitstops but encountered traffic and fell back to third. He then came under heavy pressure from a rival, but like Ghiotto, showed he and the team had fantastic pace in the closing stages to hold on to a fourth podium of the season as the championship’s standout debutant driver. He also established a bigger gap to his closest rival in the championship, Zhou lying fifth in the standings. Ghiotto and Zhou will race again on Sunday, Ghiotto starting eighth and Zhou sixth as the drivers race before the Formula 1 British Grand Prix.

Luca Ghiotto “It was a pleasure to drive this car this weekend, the team did an amazing job. We have had the pace from the start of the season in Bahrain and maybe we have not always made the most of it, I have made some mistakes myself. I knew once I got in the lead today I had the pace to win. Now I want to drink some champagne and celebrate, and then we concentrate on tomorrow’s race for more points.”

previous Nigel Mansell on Twitter "What do you hope to see in the 2019 World Cup?"